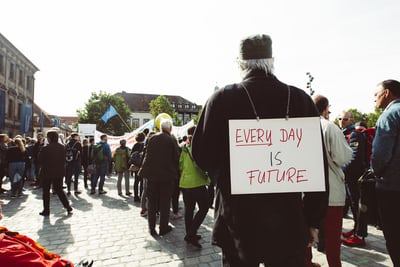 Like so much else in the United States, the debate about legalizing marijuana has become a red versus blue issue in many parts of the country. Public support for legalizing the drug has continued to increase in recent years leading even many conservative states to legalize its use for medical purposes. However, many conservative politicians and voters continue to oppose the movement to decriminalize its use.

36 states, the District of Columbia, Puerto Rico, Guam and the U.S. Virgin Islands have legalized marijuana for medical use, leading to an explosion in the popularity of many CBD products, such as CBD flower. However, only 15 states, plus Washington D.C., have made recreational use legal so far. Additionally, New Jersey, Montana, Arizona and South Dakota voted to legalize recreational use in the 2020 general election and Democrats in Virginia have been working to merge House and Senate bills that would legalize the drug by 2024. In 2020, all of the states that had a referendum legalizing marijuana on the ballot passed it, indicating growing support for states to decriminalize.

Despite state laws trending towards increased legalization, the federal government still considers marijuana a Schedule I illegal drug. In December of 2020, the Democratically controlled House of Representatives passed a bill, called the Marijuana Opportunity Reinvestment and Expungement Act, to legalize marijuana and expunge the records of people with marijuana convictions. However, the bill stalled out in the then Republican-controlled Senate. With Joe Biden winning the White House and the Democrats winning a slim majority in Congress in the 2020 election, support for federal legalization is expected to increase in 2021.

President Joe Biden has expressed support for the federal decriminalization of marijuana and Vice President Kamala Harris previously sponsored a version of the MORE Act in the Senate. However, during his campaign, Biden backed leaving the decision whether to legalize marijuana for recreational use to the states. Senate Majority Leader Chuck Schumer has promised to make marijuana reform a Senate priority in 2021.

While the majority of Americans support legalization, there still exists a significant difference of opinion based on age and political affliction. 78% of people who identify as Democrat or Democrat-leaning support legalization, while only 55% who identify with the Republican party expressed support. Of those supporters, 68% of Democrats think marijuana should be legal for both medical and recreational use, while only 49% of Republicans agree.

While Republican politicians and voters support the full legalization of marijuana in fewer numbers than their Democratic counterparts, the majority of Americans still favor some form of legalization. With younger Republicans trending towards support for decriminalization, increasing numbers of states and the federal government will likely pass additional legislation legalizing the drug in the years to come.