This is the Israeli perspective of the Morocco -Israel peace deal: Trio win-win-win. The Trump administration has informed Congress of a billion-dollar arms deal with Morocco.

The move is subject to congressional approval, which is not expected to be opposed. Among other things, the deal will include a number of UAV models that include advanced firing and navigation systems.

I’m Don Juravin. I was born in Israel to a European family and I’ve been a US citizen already 30+ years. Articles written from the Israeli perspective while thinking in Hebrew, my first language (raw, not proofread).

Another arms deal in the Middle East: A day after the revelation of the normalization agreement between Israel and Morocco, the Trump administration last night (Friday) announced to the US Congress its intention to promote an arms deal with Morocco – estimated at $ 1 billion. Reuters reports that the United States is already thinking about the day after the signing, and knows that the final approval of the move is up to Congress – which is not expected to oppose the details of the deal.

According to the details of the deal released so far, the US will sell a number of UAV models with advanced firing and navigation systems, in addition to precision missiles and other weapons. Similar to the F-35 deal signed with the UAE, this deal could also affect the balance of power in the Middle East. 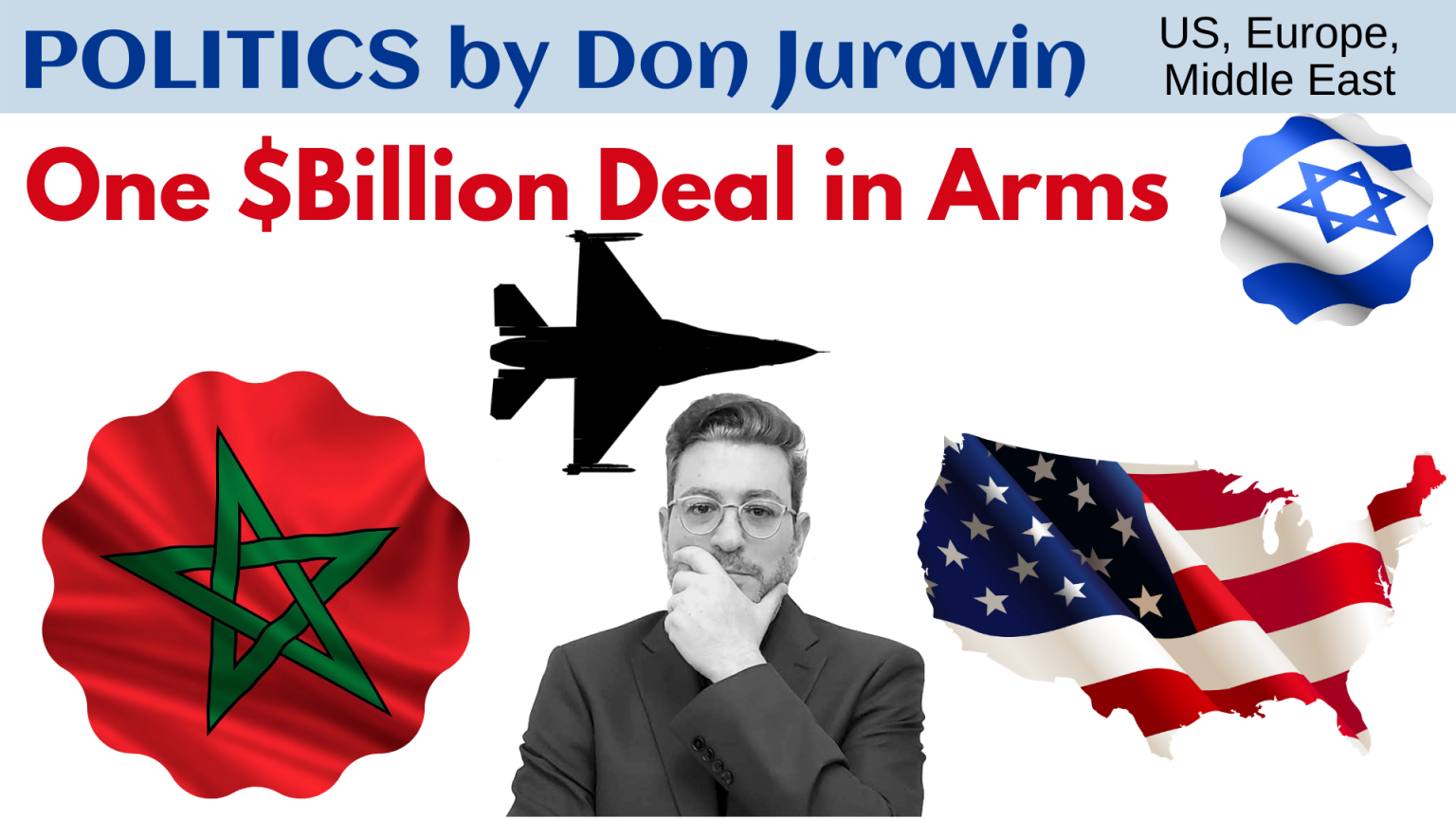 Meanwhile, Israeli political sources said last night that this was not necessarily the latest normalization agreement until the departure of outgoing US President Donald Trump from the White House, and that more countries are expected to sign similar agreements with Israel soon. The same sources also confirm that Saudi Arabia has taken part in advancing the agreement between Israel and Morocco.

As evidence of this, Saudi Arabia did not remain indifferent to the historic agreement, with even the newspaper belonging to the Saudi royal family holding its front page in honor of the agreement between Israel and Morocco and the Saudi heir congratulating on the move. In Israel, it is said that it is very possible that Saudi Arabia will soon join the move, despite the dissatisfaction with the leak about the meeting between Netanyahu and Regent Ben Salman.

Israel wonders whether, after Trump’s departure, his replacement Biden will want to continue in the same path of establishing relations between Israel and Arab states or perhaps focus on Palestinians, who feel betrayed after the fourth time in four months that an agreement between Israel and an Arab state has been signed.