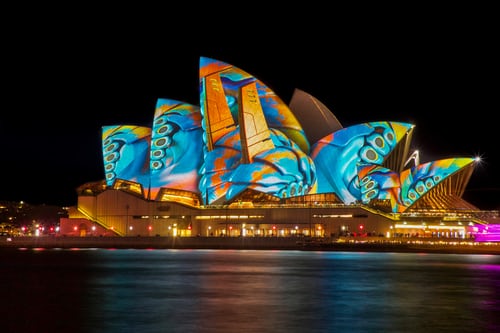 Is Gambling Legal in Australia?

Everyone has heard of Las Vegas in the US, Macau in China and Monte Carlo in Monaco, and in people’s minds these remain the true “gambling capitals” of the world. They have long held legalised gambling as part of the local fabric and economy, and no one seems to bat an eyelid about it. In fact, huge numbers of people flock to these locations every year to enjoy casino nights that aren’t just for charity or for some random special occasion, but are part of the everyday scene.

Having said that, it’s not quite the blanket legality that it sounds, and there are some important things to remember

First, it Started with the Interactive Gambling Act of 2001

At the start of the 21st century, there was a huge flurry of online gambling that emerged very suddenly. The Interactive Gambling Act (IGA) was designed to curb some of this by banning companies from marketing online poker and related casino games. Without the marketing, of course, it was essentially a death sentence that barred many companies from getting new players within Australia. The law obviously had many provisions, but it could be summed up in the following three points:

For individuals breaking these laws, fines of up to $1.6 million are possible, or up to $8.3 for corporate entities. The law was also much more focused on providers of these games rather than the players themselves. That’s why there was so much focus on marketing online gambling activities to residents of Australia.

Next, Many Online Gambling Games are Legal to Play

Despite the apparently strict rules regarding marketing and promotion, there are licensing rules in effect that allow certain locations to provide legal online and interactive gambling platforms. If a pub is properly licensed, for instance, then it may have a machine inside offering video poker or slot machines.

Sports betting on things like horse racing and other popular sports is also common, but the main strict rule governing these is that all bets must be finalized before the race or match begins. So-called “in-play” gambling where short-term bets are placed.

There are Land-Based Casino Venues

They may not necessarily rival the bright lights of the Strip in Las Vegas in their grandeur and fame, but a number of licensed land-based casinos do exist in Australia. These venues are legal, of course, and offer a variety of gaming machines, as well as many of the casino games you might expect to find — Blackjack, Roulette, Craps and more.

According to some sources, as much as 80 percent of Australian residents are engaged on some level of gaming and gambling. That means that the gaming/casino industry is more than just a fringe industry. The most important thing, however, is for people to understand and comply with the regulations that are in place, especially if and when they receive amendments.