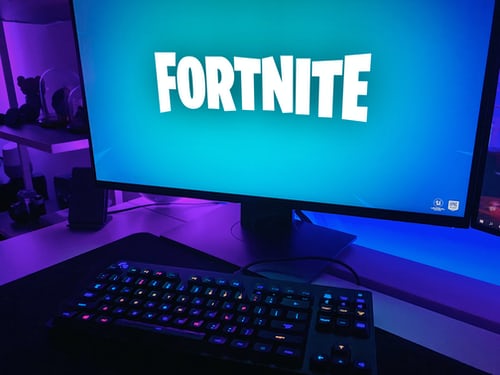 Video games don’t come much bigger than Fortnite. Millions of people play the battle royale game every day, and tens of thousands more tune in to live streams to watch other people play it. Fortnite isn’t just a money-making tool for Epic Games, the company that created it – it’s a money-making tool for countless streamers who’ve become rich simply by playing the game on Twitch and having people donate money to them while they play. Very few entertainment products in the world have an audience the size of the one Fortnite enjoys. That’s why so many brands, companies, and individuals want to use it to promote themselves.

One of the most common ways to promote something in Fortnite is through “skins” – avatars based on real-life people or fictional characters. We’ve seen plenty of movie stars and legendary video characters pick up guns and head into the Fortnite fray in the past, and now it’s going to happen again. Street Fighter characters Guile and Cammy are officially coming to Fortnite as brand new skins, and they’ll make their debut on August 7th. They’ll join their fellow Street Fighter combatants Chun-Li and Ryu, who were both introduced as playable characters earlier this year.

The introduction of Guile and Cammy might have been a last-minute change of plan from either Epic or Capcom. When Epic released a teaser trailer for the new skins a few days ago, it included a classic-style Street Fighter character select screen that honed in on the former USSR. That doesn’t tally with either Guile or Cammy. Guile is a proud American, whereas Cammy comes from England. The most obvious choice for a Street Fighter character from the USSR would have been Zangief, but there’s no sign of him on the horizon. It’s possible that his character model has already been made and that more Street Fighter characters are planned for the future. Perhaps we’ll see them as Capcom inches closer to winding down Street Fighter V and launching Street Fighter VI.

Even with excitement growing over the possibility of a new Street Fighter game in the not-too-distant future, it’s notable that Capcom and Fortnite have decided to include four characters from Street Fighter II in Fortnite thus far. Despite all the hype that surrounds the later games and their millions of sales, Street Fighter II remains the most popular game in the history of the series. It was that version of the game that the hopelessly bad 1990s movie was based on. It’s also that version of the game that’s more recently been reincarnated as an online slots game and become a hit at UK online slots websites. Of all the popular video games of the past that have gone on to be revived years later as online slots, Street Fighter II: Champion Edition is the most played. It even enjoys top ten billing with some of the larger slots websites that offer players many different (and far less niche) genres. That’s a compelling example of the enduring appeal of Street Fighter and goes some way to explaining why so many players are excited about the new skins.

For those who care about details, we have a little more information about the skills. Cammy comes in her classic Street Fighter II costume or an alternative all-black “tactical” outfit. Guile also has a classic Street Fighter II attire, or he can drop the military fatigues and adopt a “ready for the beach” look instead with shorts and a tank top. As Fortnite players have come to expect, both characters will also come with back blings and emotes. You can purchase them separately if you wish, but anyone willing and able to purchase them together will also receive a special Street Fighter loading screen along with a jet glider and some additional harvesting tools.

This isn’t the only big Fortnite news for the week. In fact, in the eyes of most people, it’s not even the biggest Fortnite news of the week. If you’re a devoted gamer, you’re probably more interested in characters from Street Fighter than you are in Ariana Grande. That puts you in the minority. The wider world is far more interested in the pop star, which is why news of her Fortnite concerts has made headlines all over the world. The singing sensation (virtually) performs on the game’s non-combat island for three nights commencing on August 6th as part of the “Fortnite Rift” tour. Night one might already have happened by the time you read this article, but if you’re quick, you might be able to hop aboard in time for night two or three.

Grande’s performance is the latest in a series of performances by big-name musicians. They’ve had the twin effect of putting Fortnite in the news and also boosting the careers of everybody who’s appeared so far. The last big name to appear was Travis Scott, who received a notable boost in sales and streams after his short concert. Grande is already one of the biggest stars in the world and doesn’t need the boost to her profile, but this is a chance for her to connect with people who may never have heard her music before. It’s also a very good financial opportunity for her. Numbers haven’t been confirmed by any official sources, but some estimates say she stands to make as much as twenty million dollars for what’s expected to be little more than thirty minutes of work each night.

Fortnite has been described as both a “fad” and a “trend” in the past, but it’s defied both of those descriptions to keep growing. While we’d stop short of calling it the most popular video game in the world (there are too many competing factors and games for any individual game to earn that title), it’s a pop culture sensation that’s captured the imagination of young people like very few games before it. So long as it continues to find ways to keep itself exciting and relevant, it will continue to prosper. That means we might eventually see the whole Street Fighter gang take to the island eventually, where they’ll probably be joined by countless more celebrities, pop stars, and musicians! 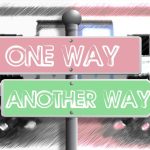 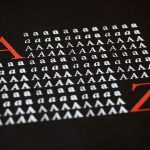 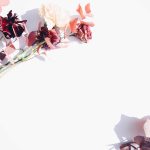 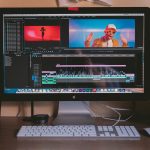