Do millennials move more frequently than other generations?

Over the last 40 years, one of the biggest changes we’ve seen in the housing market is the increase in young adults moving into their own properties. Whilst much of this can be attributed to the lowering cost of housing and rental agreements, it still doesn’t fully explain the strange shift we’re living in.

Various home-moving studies have been carried out showcasing the increase in millennials moving, with growing figures concluding that millennials move almost twice as frequently as the ‘Gen Xers’ (people born between 1965-90). Whilst this is the case, due to student loan and various other debts, millennials are actually at the higher end of the spectrum when it comes to moving age. And with the majority of millennials saying they want to move within the next 10 years (73% to be exact), it seems like this new trend is here to stay.

Contents hide
1 Why Do Millennials Move?
2 Moving Homes – The Cost Of Moving
3 Conclusion

Why Do Millennials Move?

There are a number of different reasons why millennials choose to move out instead of living at home, most of which are down to financial reasonings. However, that isn’t the only reason we’ve seen an influx in younger adults moving. Below, we’ve outlined the most common reasons as to why millennials are buying and selling:

As you can see, there are a whole host of varying reasons which contribute to the increasing rate of millennials moving out. However, out of that list, breakups are probably the biggest contributing factor.

Studies have shown that large percentages of young adults are actually moving back in with their parents after a relationship has gone sour. One survey concluded that a good old fashioned breakup was the primary factor in these figures increasing – with over 35% of all millennials moving because of it.

Moving Homes – The Cost Of Moving

If you’re one of the millennials making up these increasing figures, understanding the complete costs of a house move are important factors to consider when it comes to figuring out your overall budget. That said, it can be a tricky thing to work out, especially when you have a tonne of other factors to concentrate on. A helpful approach to clearly breakdown the overall cost can be split into two clear categories; upfront costs and costs on the day. Thank you to Twilley Removals for the advice!

The former represents factors such as stamp duty, valuations and surveys, legal fees, estate agent fees, and insurance. The latter, on the other hand, is things like removal companies, temporary storage, move-out cleaning services, and the likes – all of which add to the ever growing total of your house move.

So, with all that being said, it’s safe to say that, over the last 4-5 decades we’ve definitely seen an increase in young adults moving home. Whilst the reasons are fairly widespread in nature, it still doesn’t change the fact that millennials are moving more frequently than older generations. Whether that trend will stay the same, is something that only time will tell. 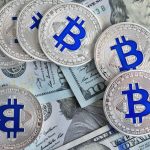 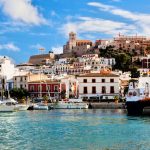 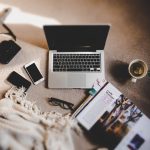 5 Reasons Why Every Freelancer Needs to Protect Themselves
Claire James 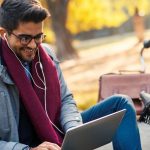