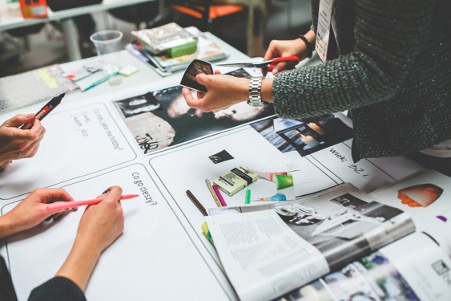 The gaming market has never been more popular with more than 2.5 billion people across the planet regularly playing games on consoles or their mobile devices. Such a huge market means there is money to be made by gaming producers, but developing a successful game is not just abut creating something engaging and fun to play.

In order to be a hit, a game needs to have a successful marketing campaign behind it to make it stand out from the hundreds of thousands of games already on the market. Read on to find out how five games became global phenomenon’s as a result of amazing marketing campaigns.

For the better part of the past two decades the Call of Duty franchise has ruled the roost when it comes to first person shooters. However, in the past five years the title has faced increasing pressure from free-to-play Battle Royale games such as Fortnite and PUBG.

The success of these games led many gaming commentators to predict years of decline for Call of Duty, but rumours of the franchise’s death were greatly exaggerated. In March of this year Activision launched their free Battle Royale mode Warzone and it was an instant hit.

Within the first week of its launch 30 million players around the globe had logged on and explored the massive Verdansk map. Timing obviously played a massive role in Warzone’s popularity with its launch coinciding with almost universal national lockdowns.

However, it was the initial marketing campaign that really helped to make Warzone such a massive hit. Activision dropped a theatrical trailer that wouldn’t have seemed out of place on cinema screens and also leaked key elements of the game mode to streamers with massive followings.

Swagg, NickMercs, JGOD & Iceman Isaac were all updating their viewers with the latest rumours’ weeks before the Warzone launch, helping to steadily build intrigue and excitement across the player base.

Since Warzone’s launch, Activision have done an equally good job in maintaining excitement with seasonal updates marketed in much the same way as the game’s original launch.

Gambling is one of the most lucrative sub-sectors of the gaming industry, generating billions of pounds in revenues hundreds of countries. The one USP that online gambling has over land-based gambling is its accessibility – it can be enjoyed on-the-go at any time of the day or night.

Traditional gamblers however have long lamented the online sector for its lack of authenticity. That was until companies like 888 started to offer live casino facilities to their players.

Using the best in streaming technology, 888 allow their customers to bet with real croupiers on real gambling tables and even interact with them in real time too. In order to make their Live casino launch a success, 888 invested heavily in social media campaigns.

888 casino’s TV advert, seen below, aired on UK television and grabbed the attention of viewers through encapsulating the glamour and quality of their live casino.

If there is any gaming series in the world that doesn’t need an aggressive marketing campaign it is Rockstar’s GTA. The series has been wowing players since its first launch in 1997 and the excitement of fans would be enough of a marketing campaign on its own for a new release.

That didn’t stop Rockstar from investing over $100 million in the marketing campaign for GTA V which was released in seven years ago. In a bid to build excitement, Rockstar nonchalantly tweeted a link to the GTA V website in 2011, two years before its release.

Over the course of the next few years, the developers released a series of stunning theatrical theatres and even commissioned game inspired murals in Manhattan.

Rockstar’s efforts were rewarded with the game racking up revenues of $800 million in its first 24 hours on sale. Unsurprisingly, GTA V became the quickest video game title to grow $1 billion and seven years on from its release, remains incredibly popular with gamers.

(The first GTA V trailer which was released two years before the launch of the game.)

Eleven years ago, Finnish games developers Niklas and Mikael Hed had just applied the finishing touches to a niche mobile game called Angry Birds. After rising to the top of the download’s charts in Finland and Greece, the pair went to Apple in a bid to take their game to the next level.

They agreed a deal with Apple whereby Angry Birds would be marketed as ‘game of the week’ on the App Store. To coincide with this the pair created their own promotional YouTube video to create hype for the game.

It turned out to be a shrewd move and helped Angry Birds to become one of the most successful mobile games ever. At time of writing the original trailer has been viewed over 100 million times and the Angry Birds empire includes two films, a TV show and a number of branded spin-offs.

Eventually FIFA won the battle of the football games, but they didn’t do it by creating a better game than their rivals, rather they won the fight by trumping Pro Evolution’s marketing strategy.

EA spent staggering sums of money on securing the licencing rights to the world’s biggest clubs and players. In addition to that, millions have been spent by the title on advertising campaigns with major clubs.

EA also use more nuanced tactics, such as sending the most popular players in the world their own Ultimate Team cards every season in the hopes that they will share them on Twitter to their millions of followers.

FIFA is perhaps the best example of a game that has excelled as a result more of its marketing campaign than its actual gaming features.