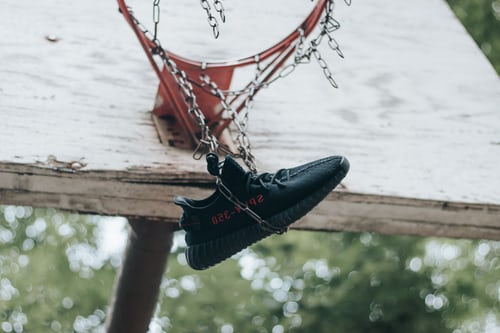 THE FUTURE OF KANYE WEST

Celebrity “drama” has never been all that exciting to me. However, the polarising effect of Kanye West manages to stand outside that. I can’t stop talking about it.

The artist’s fearlessness to express whatever he’s feeling (even if it’s not a good idea) has always provided an unending stream of entertainment for the press. For a swift timeline of highlights and lowlights, he’s interrupted a young Taylor Swift at The Grammys, said George Bush doesn’t care about black people, dressed up as Jesus for Rolling Stone, married and gotten divorced by Kim Kardashian, broke a hole in the fashion industry, ran for US president, started a Sunday Service, the list goes on.

And we haven’t even talked about his music yet. For the most part, music has been the medium of choice for the A-lister. It’s where his talents shine brightest and where his rapid-fire thoughts can be distilled and placed in a more redeemable context (Runaway). Since his 2004 debut, Through The Wire, the Chicago-born rapper has been a pioneer of the industry, dropping hit, after hit, after hit to a mammoth-sized fanbase. Even his unreleased tracks (of which there are plenty) get leaked, so people can YouTube to mp3 them onto their playlists.

However, recently, even Kanye’s musical endeavours have begun to spiral in popularity and quality. JESUS IS KING; his latest full-length, largely disappointed fans, and follow up single, Nah Nah Nah, was insufferable. Not to mention his recent divorce to Kim Kardashian, after 6 years of marriage and 4 children. The question has to be asked. What is the future of Kanye West?

Well, if history repeats itself, then chances are we don’t have to worry. Every time Kanye has got himself in hot water, he manages to return stronger than before. My Beautiful Dark Twisted Fantasy (2010) and The Life Of Pablo (2016) are two of the greatest comeback albums of all time, in my opinion, of course. Kanye’s album release day promises, however, are to be taken with a grain of salt. Kanye is infamous for delayed releases, altering tracklists, changing cover art, the whole nine yards. Still, he does eventually deliver.

The latest supposed full length is called DONDA, and it has been slated for multiple releases since June of last year. Inspired by a child’s wish to hear a Christian rap album from Kanye, the artist collaborated with Pusha T, Lil Baby and more for the upcoming project. It still hasn’t dropped, and knowing Kanye, it might receive a totally overhauled tracklist and album name, but the important takeaway is, Ye is still creating music.

West also calls himself a born-again Christian, determined to leave behind a legacy of positive change. He’s conquered pill and alcohol addiction and appears to be on the straight and narrow. The creative force continues to announce ‘ambitious’ ideas for the future (a word he despises). In a 2020 interview with GQ, Kanye mentioned that his Wyoming West Lake ranch was a test site for something grand – “a paradigm shift for humanity”.

West has been in constant communications with renowned interior designer Axel Verdoordt, space artist James Turrell, and architect Claudio Silvestrin. Together they’re working creatively on making a huge dome filled with pods and open sky, void of corners and stairs. The dome design is intended to be replicated and self-sustaining.

How about Kanye’s love life since Kim Kardashian filed for divorce in February? Well, The artist doesn’t seem overly heartbroken. West and Irina Shayk have also been spotted getting cozy in France, currently keeping things ‘casual’.

In summary, the future of Kanye West is unpredictable, but he remains active and busy. We have no reason to believe that West is burnt-out or incapable of a return to form. I’ll leave you with a lyric from Kanye’s low-key 2007 track, Everything I Am – a quick reminder that Ye, even in tumultuous times of trial, can pull himself up from the dirt.

“Damn. Here we go again, people talking shit, but when the shit hit the fan, everything I’m not made me everything I am”.

Up next: Check out Lenka’s incredible live performance of Ivory Tower right here.