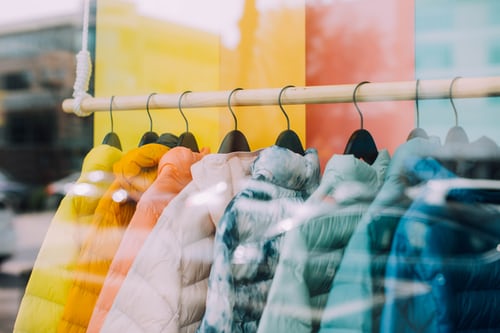 Bitcoin Cash claims to be the Bitcoin that can be used. Although the users are currently still absent, the Forkcoin releases energies among developers. This also results in projects like the MiniPOS that would not make so much sense for Bitcoin itself.

Bitcoin is money that makes middlemen superfluous. Since bitcoins move around the web naturally and without permission, there is no longer any need to hire a middleman when accepting payments. All you need is a wallet to have an address and a small script that asks network nodes whether a payment has arrived and then transmits this information. The long-forgotten start of working with bitcoin, dividing it in half upon reaching a certain block, is also relevant now, the BD writes about this in detail.

That a large part of the Bitcoin Acceptance through middlemen like BitPay is actually sad. With MiniPOS there is now a tool to accept Bitcoin Cash in retail in the simplest possible way, completely without middlemen. We did an interview with James Howells, one of the developers.

You are one of the developers of MiniPOS. Can you tell me something about your company and your team?

Yeah … I’m one of two team members. We test and write the software together, and I alone build the hardware to run it on. We’re a startup with a simple idea that allows merchants to accept BCH transactions in their store for goods and services without confirmation.

The source code is 100 percent open source, as is the Hardware.If you want, you can build it yourself, but of course we prefer to order it from us.

Can you explain to me what MiniPOS does, both from a technical perspective and that of the user ?

MiniPOS is a device for the store on which the owner can enter his xpub key that he has generated on another wallet. He can then use the ‘Terminal’ to receive payments in the store. The terminal shows a QR code, converts the Fiat sum into BCH according to Coinmarketcap, and then uses the APIs of various block explorers to check whether the transaction is in the MemPool. As soon as various block explorers have confirmed this, the MiniPOS issues a ‘payment made’ message.

Can you use the MiniPOS without the device but on the smartphone?

Yes, you don’t have to buy the device from us. You can simply install it on another system and connect it to your own smartphone. The terminal is just one option. The software builds a MiniPOS server on each system, which can be used by any web browser in the entire network.

That means, I just have to install the software on a PC or the terminal in plug in my router and I can accept Bitcoin Cash with any device in the network, a smartphone, a tablet, which then land on an address that is generated by the xpub key

Exactly. Once the system is installed, any computer and smartphone on the network can become a MiniPOS terminal. But you can also only activate specific IP addresses.

Nice. Do you have plans to integrate different xpub keys, for example depending on which client logs in, so that a single MiniPOS server can serve an entire building with different shops or an entire shopping center?

Not really, I think a MiniPOS server for an entire mall wouldn’t handle the many concurrent transactions. The hardware would not be able to handle that. But I’m sure it would be possible with better hardware. However, we have not yet tested how many transactions we can process at the same time. What I managed to do once were ten different tests at the same time. So I know that you can operate ten terminals with one MiniPOS, but that’s all I can say.

Ok. So your target market is retail and restaurants?

Yeah, right, small retailers. Later we can certainly build a version with better performance to serve larger retailers and large supermarkets, perhaps entire shopping centers. But the idea of ​​MiniPOS is to be as cheap as possible so that we can install the device in as many places as possible.

How much will the terminal cost?

Currently the price is still a bit high for my taste, but if the volume increases we can reduce costs by outsourcing production to China. Currently the terminal and single server cost £ 125 together. But you can also use the software without a device.

Why did you develop MiniPOS exclusively for Bitcoin Cash?

Because we support the vision of Bitcoin, the Satoshi started in 2009. However, you can of course fork the software for other blockchains, and in principle you can run it on the same MiniPOS server. But we’re currently focusing on Bitcoin Cash.

Is it interesting for you to use the Lightning Network?

Lightning is not Bitcoin, and I think so not that it represents Satoshi’s vision for Bitcoin.

Why don’t you use Litecoin instead of Bitcoin Cash?

Hehe. Litecoin is not Bitcoin, Litecoin is a clone or a copy of what Bitcoin stands for. It’s NOT my thing and I will never own a single Litecoin. Therefore … for me Bitcoin Cash is Bitcoin, with a Genesis block from January 3rd, 2009. That is the reason why we are developing our device for BCH: We want to work with the actual Bitcoin blockchain and process transactions there in the native and original way .