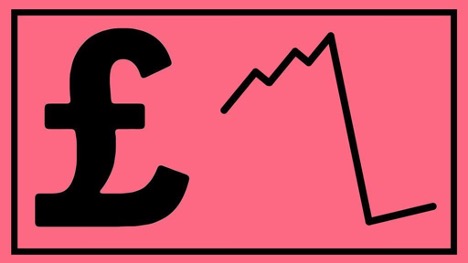 Inflation or Deflation: What is the UK economic outlook for 2021?

2020 was a historic year for all the wrong reasons. Three months in, this year looks to remedy the public health and economic crises that dampened the past twelve months. March marks exactly a year since costly shutdowns began. Much of the world still remains in the woods even as vaccine rollouts continue.

Even as the pandemic raged, some positive trends emerged. Digitization took hold with a company like a Zoom becoming an overnight sensation. Cryptocurrencies like Bitcoin took off in the last quarter of 2020 and are still soaring. It is easy to go online and find guides on everything you need to know about Bitcoin. This asset class is attracting unprecedented institutional capital. The expansion of exchanges, like PrimeXBT, has made crypto purchases incredibly efficient.

The economic slowdown last year forced many governments to pump stimulus money into the economy.

Rishi Sunak, who became the UK’S Chancellor of the Exchequer in February 2020, probably expected his tenure to go a different route.

Instead, he had to oversee hundreds of billions of pounds in stimulus spending. The spending ranged from offering loans to businesses, paying significant wages for furloughed employees, funding the NHS.

Such spending always brings inflation concerns. Inflation is the rise in commodity prices, while deflation is the reverse effect. Notably, the inflation rate touches everything, be it mortgages, the cost of our shopping, and the price of train tickets.

The economic crash of 2008 may have provided useful lessons for banks and central governments. It helped that much of the stimulus did not go to banks and corporations as was the case in 2008. That said, the scale of the crisis is probably more significant because of the prolonged nature of the Pandemic.

For the UK, and most major economies, inflation was not an imminent threat. The bank of England still suggests that inflation is still on target in its Monetary Policy Reports.  An inflation rate in the 0.6-0.9 percent range over the past three months indicates that things remain generally stable.

That said, inflation could go marginally up in 2021. The rate of household inflation is another useful metric in tracking economic performance. Aggressive global monetary and fiscal easing can eventually increase inflationary pressures.

Regardless, after the worst economic year decades, this year will certainly be better. January began with a shrinkage of 2.9 percent after a rise in December.

However, this is likely an aberration in how the entire year will pan out. Should the vaccine rollout be effective, the latter part of the year could see roaring recovery for major economies into 2021.

The Rise of Digital Assets

Bitcoin and cryptocurrencies are historic assets.

They don’t depend on government control or issuance to survive. This promise of financial decentralization is unlike anything the world has ever seen. A person can purchase crypto from PrimeXBT from the convenience of their smartphone.

Notably, Bitcoin had a seismic collapse when Covid hit. However, it has recovered and tripled in prices. This recovery happened without government stimulus, as was the case for most equities.

Cryptocurrency still pales in comparison to the general economy. The Bitcoin market capitalization may eventually hit $1 trillion. However, it still represents only a tiny percentage of global finance.

Still, this rise is enough to strike the imagination of traders and investors. It could be representative of a future digitized financial system. For now, Bitcoin custody is up to every individual holder. This fact calls for security considerations – when handling crypto. You will not have recourse, as is the case with banks.

Central banks appear to like the idea of blockchain and digitization. However, it is no surprise that none is quick to embrace decentralization. No country recognizes Bitcoin as legal tender. The control of monetary policy will remain a bone of contention.

Nonetheless, crypto is here to stay. Bitcoin has surpassed expectations all the way. It will be fascinating to see what this asset has to offer moving forward.

To Wrap It Up

The globe is gradually emerging from an unprecedented economic shock. In every era, there is the good and the bad. There has been a lot wrong with the past year, especially the human toll of the pandemic. Governments have a delicate balance of public health and getting the economy back on track.

2021 is likely going to be the year of recovery on both fronts. The economic outlook for leading economies is more positive than last year. The US has passed an additional $1.9 trillion stimulus package to help in that effort. In the middle of all this digitization and digital assets have become more entrenched.

This period is crucial for global economies. It calls for proper leadership and management to emerge on the other side robustly. Recovery is not a matter of if but how fast.