Is the Online Revolution Here to Stay?

Online gaming is here and will only get more refined, while streaming sports and entertainment online has made a real dent in the traditional way of doing things. There will, of course, be teething issues, as there always is when the status quo is challenged, but the early signs are promising that the customer is almost sure to benefit from these changes.

Whether it is online table games or in-play Premier League betting that takes your fancy, even the most old-school gambler would be able to admit that the increase of online access has shaken up the industry. More often than not, this increase in access has resulted in players taking advantage of a better, more inclusive product.

This rise in mobile gambling means that it’s more present than ever in the home, with the data finding that around 80% of online gambling is done so at home, meaning that just 20% is done when people are out and about. It also shows that the average online gambler has accounts with three bookmakers, though young adults have more on average.

eSports and competitive gaming have also found a place within the gambling world, with many young people, mainly men, betting on competitive video game playing outcomes. The bookmakers have been keen to capitalise on this. eSports itself is a fast-growing industry, but this rise in eSport focussed betting has come as a surprise to many.

Access to gambling apps on our mobile devices has resulted in almost every bookmaker offering some kind of in-play betting feature. These features are generally more popular with young people – 77% of 18 to 24-year-olds bet in-play compared to just 23% of those aged 65 or over. That’s a big disparity and one we can expect to continue. 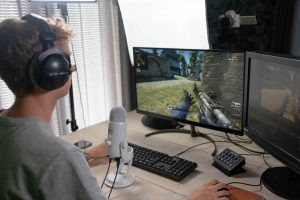 Online gaming has been around properly for the best part of a decade now, with players able to play some kind of multiplayer way back in the mid-2000s, though things have hit a new level in the past couple of years. This has coincided with an increase in huge multiplayer games like Fortnite, Warzone, and many others where huge lobbies host massive games.

The latest shift we’ve seen is the development of online game passes that, for a small monthly fee, grant the user access to a vast catalogue that is free to play as well as giving them the chance to buy other, often newer, games for discounted prices. All of the games obtained this way are entirely digital, with no physical copies changing hands.

It felt like it would only be a matter of time with sports becoming more and more accessible online over the past few years. Over the past few decades, sports have been ever-present on mainstream television. As broadcasting money has increased, so has the variety of ways to access our favourite sports, with football being a notable example.

We have become used to the Premier League being streamed on Sky Sports and BT Sport a little more recently, but the news that Amazon had struck a deal to stream a handful of games in 2019 sent shockwaves through football. It felt entirely alien to see the beloved game streamed exclusively online, but it should never have come as a total surprise.

The whole Amazon x Premier League did feel like the logical next step with more people than ever streaming the Premier League when out and about, thanks to mobile access via the Sky Sports and BT Sport apps. Despite this, viewers encountered many teething problems, ranging from incorrect league tables to lengthy ad breaks.

It’ll take some work to overtake the current streaming heavyweights, but Amazon certainly has the resources to compete. This season Amazon will stream the entirety of match weeks 14 and 20 online, and this access will be free for all Amazon Prime customers. It is said that Amazon is paying around £30m per season for the games and have signed a 3-year deal. 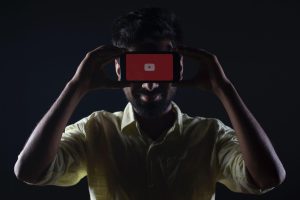 Just eight years ago, we could see the traditional newspapers questioning whether online video streaming would overtake the more conventional TV-focused way of getting our content. That question was seemingly answered recently. The 2021 Nielsen ratings showed that online streaming enjoyed a larger viewership share than the traditional broadcasters.

This change took place a little earlier in the UK, with OFCOM, the UK television regulator, reporting in 2018 that streaming services had overtaken pay-to-view TV for the first time in history, signalling a major cultural shift. The figures were close, just 300,000 apart, but this announcement was huge as it confirmed what many had expected to happen for some time.

This shift has been accelerated in the past 18 months, with the population being forced inside. The most obvious solution to our collective boredom was to sign up for affordable online streaming services. While traditional TV shows could not show anything new, the streaming giants granted us access to their colossal content libraries.

It’s been reported that this shift to online content access is coming too fast, too soon, with the current infrastructure unable to handle the sheer volume of users at peak times. As we stream greater quality shows, the total bandwidth shrinks and leaves internet providers in tough situations. How this will be solved is yet to be seen, so watch this space.