See no Evil: How Does Airport Baggage Inspection Work?

Airport terminals see a lot of foot traffic, with scores of travellers passing through on their various journeys. For example, London Heathrow Airport alone handles over 100,000 passengers a day during high season, so much that it has had to place a cap on the amount of people coming through.

With this level of demand, the task of keeping everyone in the terminals safe can seem onerous. In the last two decades especially — as we have all noticed — security services throughout the world have ramped up measures to control the risk of passengers boarding a plane with dangerous items.

While most of us are more than happy to comply with these rules, everyone has no doubt had their moment of frustration and confusion as to why, for instance, their favourite perfume has just been confiscated by security staff. So, if you’ve ever wondered exactly how security can find that sneaky bottle over 100ml, now’s your chance to learn. Here we’ll dive into how baggage inspection technology has evolved over time, and what it means for travellers today.

Contents hide
1 What is Baggage Inspection?
2 How Does it Work?
3 Metal Detectors
4 X-ray Scanners
5 Liquid Requirements
6 What Happens to Checked Bags?

What is Baggage Inspection?

In the modern day, baggage inspection has become one of the most vital safety operations that happens in an airport terminal. The risk of passengers transporting unauthorised and illegal items naturally brings the focus of security staff towards identifying anything hidden in people’s luggage.

Achieving this level of security isn’t easy — which is where baggage inspection comes in. Through the use of scanner technology and other measures, staff are able to enforce maximum transparency from travellers when they pass through the security gate to departure.

How Does it Work?

The modernisation of baggage security has been an evolving process, and today it takes the form of metal detectors, X-ray scanners, as well as all-body scanners and restrictions on the quantities of certain items, such as liquids.

As one of the most basic security measures, these are in place to detect weapons. Made from an AC (alternating current) generator and a coil, Science ABC explains that these produce a magnetic field in the coil, so that “if a conducting metallic object is nearby, ‘eddy currents’ are produced in the object due to the varying magnetic field”.

These currents then produce their own field that can detect changes through the use of a magnetometer, which sets off an alert when the presence of a metal object influences this new field.

When carry-on baggage gets loaded onto the conveyor belt, MRI scanners create a picture of the contents inside bags so security staff can identify anything suspicious. “X-rays launched from one side of the machine are picked up by a pair of detectors on the opposite side”, Science Focus clarifies. For a long time this has been the most advanced and penetrating form of security scans, and as such are considered mission-critical equipment that demand the utmost reliability.

So, as XP Power explains, the power supplies for these devices are “designed with redundancy and protection for primary circuits and are immune to electrostatic discharge events and radiofrequency”. This means that they are not vulnerable to interference from the countless electronic devices individuals carry with them through security. They are therefore also protected from static electricity — the kind you pick up from metal door knobs or walking on carpets — which can create noise in the images produced.

When the bag goes through the lead-lined curtains, it absorbs some X-ray energy, which can then be compared and filtered out by numerous detectors in the machine to get an image of the nature of the materials inside. For example, organic materials are orange, whereas blue or green indicate glass.

This can be the most frustrating of measures, but it’s also one of the more low-maintenance solutions. In 2006, new rules came into effect because of a failed attempt to potentially bomb numerous passenger airlines travelling from London to the US and Canada through the use of homemade liquid explosives. The global security response was to therefore limit the quantities of liquids permitted on any flight to 100ml.

The process is quite simple: travellers are required to place all items beneath the limit — be it makeup, sun cream or small drinks bottles — in a clear plastic bag to enable staff to easily see the liquids without rooting through any bags.

However, in recent years this procedure has come under scrutiny in terms of its necessity. While it is not a huge undertaking to remember to limit and separately bag your on-board liquids, new CT technology could permit this rule to be scrapped altogether.

What Happens to Checked Bags?

You now know what happens to your hand luggage, but what about the bags that you’re putting in the hold? As anyone who has got around the liquid question by simply putting it in their checked-in baggage knows, there is a separate procedure for inspecting the bags headed straight to the plane. So, how exactly do staff make sure this is also safe?

After checked baggage is labelled, assigned to your boarding pass and moved onto the conveyor belt headed for the plane, it passes through either an MRI or CT scanner with automated software that can alert suspicious items to a human operator. This way, thorough manual operations can only be used when necessary — in some cases, bags will be opened and chemically swabbed for analysis. 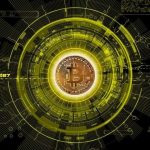 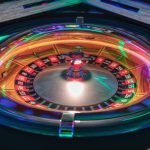 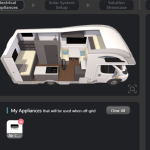 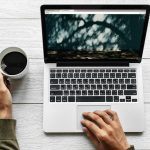