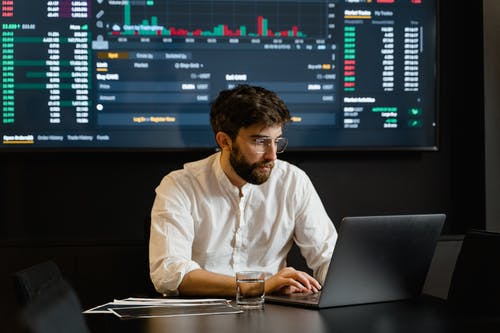 How Long Does it Take to Become a Blockchain Developer?

“Blockchain is the tech. Bitcoin is merely the first mainstream manifestation of its potential.”

So, Blockchain is not just related to Bitcoin (as whenever the term Blockchain appears, the first thing that comes to mind is Bitcoin).

A Blockchain is a specific type of database which is a tamper-evident, shared digital ledger meant for recording transactions in a public or a private peer-to-peer network.

It differs from a classic database in the way it stores data, blockchain stores the data in blocks and chains it together.

When the new data arrives, it is entered into a new block; when the block is full, it is chained to the earlier filled block, forming a chain of blocks where the data is stored in a chronological(newest data first) order.

Blockchain can be used to store different types of data, but as we already know, it acts as a ledger for transactions. The blockchain is a single source of truth, and members in a blockchain can view the transactions that are meant for them only.

A career in Blockchain Development

According to the latest skill index, Blockchain expertise is the fastest-growing skill and is one of the hottest career options in the US job market. Due to its versatility, companies are looking for candidates with Blockchain training and skills to navigate this technology.

Many of the industries like banks, oil and gas, accounting firms, retail, insurance, finance, and more are hiring Blockchain developers. Many independent businesses and startups, tech firms, and government agencies are also looking for professionals with the right skills, training, and certification.

Who is a Blockchain Developer?

Simply put, a professional who is involved in blockchain technology development. So, as a blockchain developer, you need to create blockchain applications.

Their primary roles include:

Some of the technical skills required to become a Blockchain Developer are:

You should have a strong understanding of blockchain, the way it works, and its architecture. You need to master concepts like cryptographic hash functions, distributed ledger technology, and consensus. Go through bitcoin Blockchain whitepaper to gain expertise, but it may seem tedious.

To become a successful Blockchain developer, knowledge of cryptography is an obvious requirement. Some of the cryptographic methods used in Blockchain are hash functions like SHA256 and KECCAK256.

Currently, every Blockchain is trying to incorporate smart contract functionality into its system such that it enables easy application of business logic on the Blockchain. So you need to learn network-specific languages such as Viper, Solidity, and Chaincode, etc.

As a Blockchain Developer, you need to have basic knowledge of some of the popular programming languages like SQL, C++, Python, and JavaScript.

How long does it take to become a Blockchain Developer?

Though the technology seems difficult to grasp, it is not so when you start learning. The learning goes easier by taking up an online training course from an accredited institute. Most of the training programs offer self-paced learning, and it all depends on how much time you take to learn the concepts of Blockchain development.

Typically, if you give 5 to 10 hours per week, the Blockchain training by Simplilearn will let you master the concepts in around 4 months.

The training goes in such a way that you become proficient in almost all the concepts of Blockchain and can easily get certification added to your resume.

Blockchain is one of the most in-demand skills found on the top recruiting websites such as LinkedIn, Indeed.com, Hired.com, Glassdoor, and many more. The obvious reason for shifting into this career is the great compensation offered by corporate as well as tech giants.

Since Blockchain is no longer limited to financial firms and is under implementation in almost all the sectors such as healthcare, supply chain, logistics, cybersecurity, forecasting, digital identity, etc., you can choose it to move into any of the industries of your interest.

The simplest way to launch your career as a Blockchain Developer is to take up an online training course. Learn trouble-free by enrolling yourself in an accredited online training institute and get certified.